Which legal sections the police should charge the accused in animal cruelty? (PART 1 of the series of Legal Help for Animals) 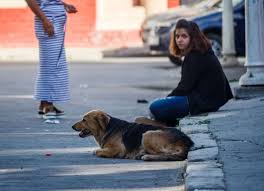 Which legal sections the police should charge the accused in animal cruelty? (PART 1 of the series of Legal Help for Animals)

The current legal rights in India and more importantly, their enforcement, are abysmal to say the least. However, if approached in a systematic way, there is still hope of securing justice for poor animals, who suffer unimaginable cruelty daily at the hands of humans.

Most citizens who are animal lovers do not know the exact law, and the sections inter-alia which become applicable when harm or injury is caused to animals. Such is the pathetic awareness about laws that citizens even don’t know that causing injury to an animal is a crime. This is a first part of the series in which we bring forth the legal aspects that can be availed in cases of animal cruelty.

Major laws under which an accused can be booked are –

Let us have a look at the legal sections of the aforementioned acts. The same are reproduced below verbatim as they appear in the respective acts in legal language –

Relevant Sections are: Section 428 and Section 429:

Whoever commits mischief by killing, poisoning, maiming or rendering useless any animal or animals of the value of ten rupees or upwards, shall be punished with imprisonment of either description for a term which may extend to two years, or with fine, or with both.

Punishment—Imprisonment for 2 years, or fine, or both—Cognizable—Bailable— Triable by any Magistrate—Compoundable by the owner of the animal with the permission of the court.

Whoever commits mischief by killing, poisoning, maiming or rendering useless, any elephant, camel, horse, mule, buffalo, bull, cow or ox, whatever may be the value thereof, or any other animal of the value of fifty rupees or upwards, shall be punished with imprisonment of either description for a term which may extend to five years, or with fine, or with both.

Punishment—Imprisonment for 5 years, or fine, or both—Cognizable—Bailable— Triable by any Magistrate of the first class—Compoundable by the owner of the cattle or animal with the permission of the court. 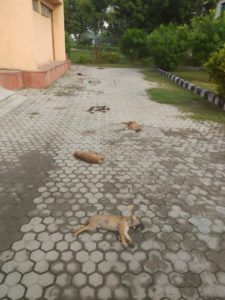 (a) beats, kicks, over-rides, over-drives, over-loads, tortures or otherwise treats any animal so as to subject it to unnecessary pain or suffering or causes or, being the owner permits, any animal to be so treated; or 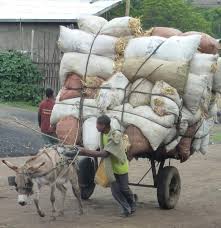 (b) employs in any work or labour or for any purpose any animal which, by reason of its age or any disease, infirmity, wound, sore or other cause, is unfit to be so employed or, being the owner, permits any such unfit animal to be so employed;

(d) conveys or carries, whether in or upon any vehicle or not, any animal in such a manner or position as to subject it to unnecessary pain or suffering; or

(e) keeps or confines any animal in any cage or other receptacle which does not measure sufficiently in height, length and breadth to permit the animal a reasonable opportunity for movement; or

(g) being the owner, neglects to exercise or cause to be exercised reasonably any dog habitually chained up or kept in close confinement; or

(h) being the owner of [any animal] fails to provide such animal with sufficient food, drink or shelter; or

(i) without reasonable cause, abandons any animal in circumstances which render it likely that it will suffer pain by reason of starvation or thirst; or 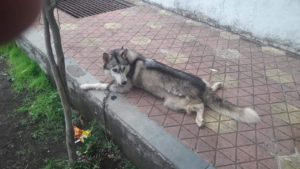 (k) offers for sale or, without reasonable cause, has in his possession any animal which is suffering pain by reason of mutilation, starvation, thirst, overcrowding or other ill-treatment; or

(l) multilates any animal or kills any animal (including stray dogs) by using the method of strychnine injections in the heart or in any other unnecessarily cruel manner; or

(m) solely with a view to providing entertainment—

(i) confines or causes to be confined any animal (including tying of an animal as a bait in a tiger or other sanctuary) so as to make it an object of prey for any other animal; or

(ii) incites any animal to fight or bait any other animal; or organises, keeps, uses or acts in the management of, any place for animal fighting or for the purpose of baiting any animal or permits or offers any place to be so used or receives money for the admission of any other person to any place kept or used for any such purposes; or

(2) For the purposes of sub-section (1), an owner shall be deemed to have committed an offence if he has failed to exercise reasonable care and supervision with a view to the prevention of such offence:

Provided that where an owner is convicted of permitting cruelty by reason only of having failed to exercise such care and supervision, he shall not be liable to imprisonment without the option of a fine. 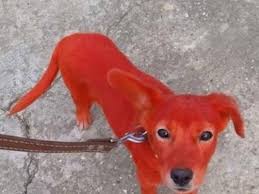 No person shall cause obstruction, damage, injury, danger, alarm or mischief in any street or public place—

(i) by misbehavior, negligence or ill-usage in the driving, management, treatment or care of any animal or vehicle; or

(ii) by driving any vehicle or animal laden with timber, poles or other unwieldy articles through a street or public place contrary to any regulation made in that behalf.

When a police officer in good faith suspects that any animal being employed in any work or labour is, by reason of any sore, unfit to be so employed, he may require the person in charge of such animal to unsaddle or unload it for the purpose of ascertaining whether any sore exists and, if any person refuses to do so, such police officer may himself unsaddle or unload the animal or may cause the same to be unsaddled or unloaded.